The import statement is used to read a CSV file (which must conform to Dataset standards) from disk in order to create a DSET which can then be processed by subsequent Transcript statements.

To import CSV files that do not use a comma as the delimiter, please refer to the Quote and Separator Options section further down in this article.

Data imported from a CSV file can be filtered as it is being read in order to reduce post-import processing time and memory overhead.

The import filters are configured via the options parameter, which if present is imemdiately followed by one or more name = value pairs enclosed within braces, for example:

The = sign is optional, but if present it must be surrounded by whitespace.

Multiple options may be specified and each option must be placed on separate line, for example:

The options supported by import are as follows:

The filter expression, if specified, is of identical format to that used by the where statement and it must reference at least one column name, enclosed within square brackets:

To specify a parameter or column name that contains spaces in an expression, use quotes within the square brackets as follows:

If a pattern is specified in the import options, then the filename parameter is treated as an ECMAScript-type regular expression, and all files matching that pattern are imported and appended to one another to result in a single DSET.

Only filenames may contain a regular expression, directory names are always treated literally.

If using a regular expression, the import options are applied to all files matching that expression. All files must have the same structure (after any select/ignore options have been applied).

If any file in the matching set being imported has different columns to the first file that matched then an error will be generated and the task will fail.

To import all accounts from Exivity the following statement is used:

This functionality is intended for advanced use cases where it is necessary to correlate information about existing accounts into the new data being processed as part of the Transform step.

To import usage data previously written to an RDF using finish the following statement is used:

This functionality may be useful in the event that the original data retrieved from an API has been deleted or is otherwise unavailable.

The date must be inyyyyMMddformat. The RDF from which the usage will be imported is:

To illustrate this in practice, the statement ...

A file imported from disk contains one or more named columns which are used to create an index for subsequent processing of the data in that file. As multiple files may be imported it is necessary to use namespaces to distinguish between the DSETs created from the files (each imported file is converted into a memory-resident DSET before it can be processed further). This is accomplished through the use of source and alias tags. Each file imported is given a unique source and alias tag, meaning that any column in the data imported from that file can be uniquely identified using a combination of source.alias.column_name.

There are two main variations of the import statement which are as follows:

By convention, data retrieved by the USE extractor from external sources is located in a file called

where <yyyy> is the year, <MM> is the month and <dd> is the day of the current data date.

Typically, the <source> portion of that path will reflect the name or identity of the external system that the data was collected from.

By default the alias tag will be set to the filename, minus the `_ portion of that filename and _.csv` extension but an alias can be manually specified using the optional _alias parameter.

will create a DSET called Azure.usage from the file /system/extracted/Azure/2017/02/23_usage.csv.

will create a DSET called Azure.custom from the file

This form of the statement will import filename and the source tag will be set to the value of the custom_source parameter.

By default the alias tag will be set to the filename minus the .csv extension but an alias can be manually specified using the optional alias parameter.

will create a DSET called Azure.usage fom the file

Options will be ignored when importing CCR files

When performing an import using manual tagging it is possible to import a Cloud Cruiser CCR file. This is done by specifying the .ccr filename extension as follows:

Full information regarding CCR files is beyond the scope of this article. Cloud Cruiser documentation should be consulted if there is a requirement to know more about them.

In order to create a DSET from a CCR file, Transcript coverts the CCR file to a Dataset in memory as an interim step. The resulting DSET will have blank values in any given row for any heading where no dimension or measure in the CCR file existed that matched that heading. No distinction is made between dimensions and measures in the CCR file, they are imported as columns regardless.

When importing a CCR file, the quote and separator characters are always a qouble quote - " - and a comma - , - respectively. Fields in the CCR file may or may not be quoted. The conversion process will handle this automatically and any quotes at the start and end of a field will be removed.

The fields in a dataset file may or may not be quoted and the separator character used to delineate fields can be any character apart from an ASCII NUL (0) value. It is therefore important to ensure that the correct options are set before importing a dataset in order to avoid unwanted side effects.

The options relating to import are quote and separator (or delimiter). By default, these are set to a double quote and a comma respectively.

If defined the quote character will be stripped from any fields beginning and ending with it. Any additional quote characters inside the outer quotes are preserved. Fields that do not have quotes around them will be imported correctly, unless they contain a quote character at only one end of the field.

If the embed option is set, then a curly bracket in the data - { - will cause all characters (including newlines) up until the closing bracket - } - to be imported. Nested brackets are supported, although if there are an uneven number of brackets before the end of the line an error will be generated in the logfile and the task will fail.

Embeds are not supported in CCR files

Create a DSET called Azure.usage from the file /system/extracted/Azure/2017/02/23_usage.csv import usage from Azure

Previous
if
Next
include
1 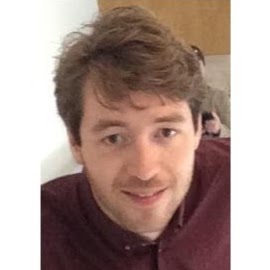