An introduction to Services​

In Exivity Services can be anything that corresponds to an SKU or sellable item from your Service Catalogue. It should relate to a consumption record (or multiple records) from your extracted data sources. 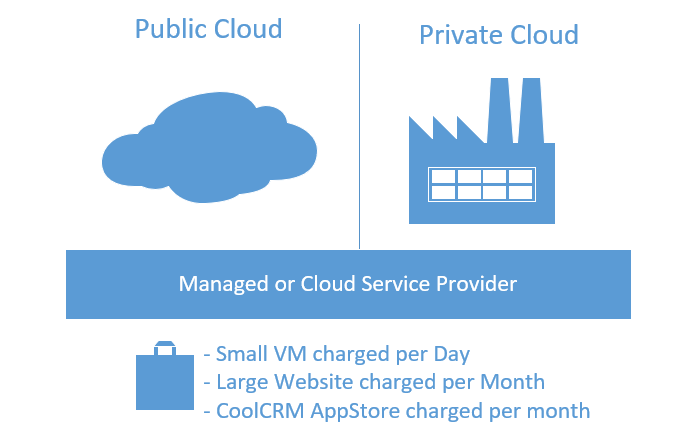 For example: with most public cloud providers, the provider defines the chargeable items that are shown on the end of month invoice. However, when working through a Managed Services Provider, a Cloud Services Provider, or a System Integrator, additional services can be sold on top of those. Potentially, you may want to apply an uplift to the rate or charge a fixed amount of money every month for a certain service. Different scenarios are possible here, it all depends on your business logic.

When discussing services and their related charges several terms are required. Exivity uses the following terminology in this regard:

When created during the ETL process, service definitions are created via the services statement in Transcript. During the execution of a Transcript task, service definitions created by these statements are cached in memory. Once the task has been completed successfully, the cached services are written to the global database where they remain indefinitely (or until they are manually deleted).

At least one of these charge types must be associated with a service definition.

In order to calculate the charge(s) associated with usage of a service Exivity needs to know the period for which each payment is valid. For example, a Virtual Machine may have a daily cost associated with it, in which case using it multiple times in a single day counts as a single unit of consumption whereas Network Bandwidth may be chargeable per Gigabyte and each gigabyte transferred is charged as it occurs.

Although hourly charge intervals are not currently supported directly, it is possible to charge per hour by aggregating hourly records and using the EXIVITY_AGGR_COUNT column created during the process to determine the units of hourly consumption as a result.

Monthly services may be charged in different ways:

For each day of the month, a 'candidate' charge is calculated using Quantity * Unit Rate. The monthly charge will reflect the day of the month which resulted in the highest charge.

The charge is based on the quantity consumed on a specific day of the month.

The charge is based on the quantity consumed on the last day of the month.

This process will reduce the charge based on the number of days within the month that the service was used. For example, if consumption of a service with a monthly charge interval was only seen for 15 days within a 30 day calendar month then the final charge will be 1/2 of the monthly charge.

The following tables summarize the data members that comprise each of these categories:

RDF, rate_type and cogs_type are automatically derived from the parameters provided to the services statement.

The rate_col and cogs_col are used when the specific value to use is derived at report-time from the usage data, as opposed to explicitly being included in the rate revision itself.

A service may use either or both of rate and cogs.

Either of rate or cogs may have a value of 0.0, in which case no charges will be leveraged against the service but the units of consumption will still be shown on reports.